VAR – A Rose By Any Other Name

It’s been just over a week since VAR was used in English professional football for the first time. 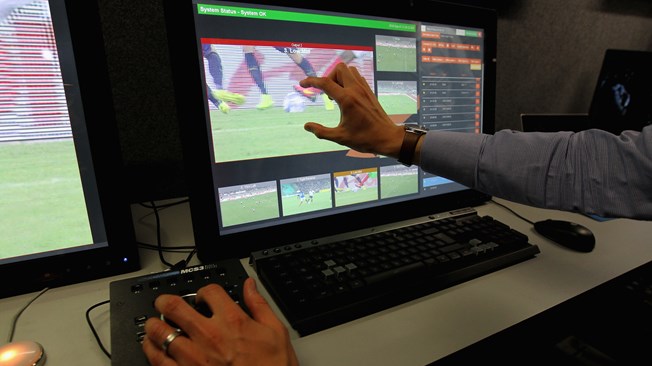 Setting aside the overly-discussed pros and cons of the system, one of the most interesting aspects of this innovation is the choice of name. The acronym stands for Video Assistant Referee, which is fine (if a little pompous).

But this technology has been used for years in other sports. In Rugby Union it’s a Television Match Official (TMO). Rugby League, in its no-nonsense northern style, calls them ‘Video Refs’. Cricket has TV Umpires and Ice Hockey has Video Goal Judges. So why hasn’t football followed suit and just named the system after something that has already gone before?

Football positions itself as the best sport in the world, ‘The Beautiful Game’. Plus, many in the higher echelons of football’s various governing bodies have been vociferously resistant to the idea of using video technology for years. Therefore introducing this technology to football, years after many other sports adopted it, is not only an embarrassing climbdown for those who have opposed it for so long, it is also damaging to the brand positioning as it suggests these ‘lesser’ sports got it right where football didn’t.

However, using the term Video Assistant Referee (rather than a Television Match Official for example) lets football portray the system as something new instead of a copy, and allows the authorities to take ownership of it.

The concept of novelty is a tried and tested persuasion technique that has been used for centuries. Renaming or rebranding a product or concept makes it suddenly seem exciting and new.

However, it’s not a technique that should be used without considering the wider picture. When you’ve built a strong relationship between your brand and the people that buy into it, no change should be made without a lot of thought.

In this age of instant mass reaction, and a somewhat toxic internet and media culture that prefers to be negative rather than positive, it is perhaps harder than ever to make a change that will be accepted positively. A quick search for failed rebrands and relaunches will bring up hundreds of examples – Consignia, Gap, Mastercard, New Coke – that were roundly derided by the public.

This is why it is so important to completely understand your audience and the way they perceive and interact with your brand before making any changes. Spring puts this understanding of audience and community at the heart of everything we do.

Get in touch with us to find out how we can help you connect effectively with your audience and pave the way for change that makes a real difference.