How the lacklustre Game of Thrones finale can improve your brand

After eight years the HBO epic Game of Thrones aired its last episode this week and it’s safe to say most fans were less than pleased with the result. 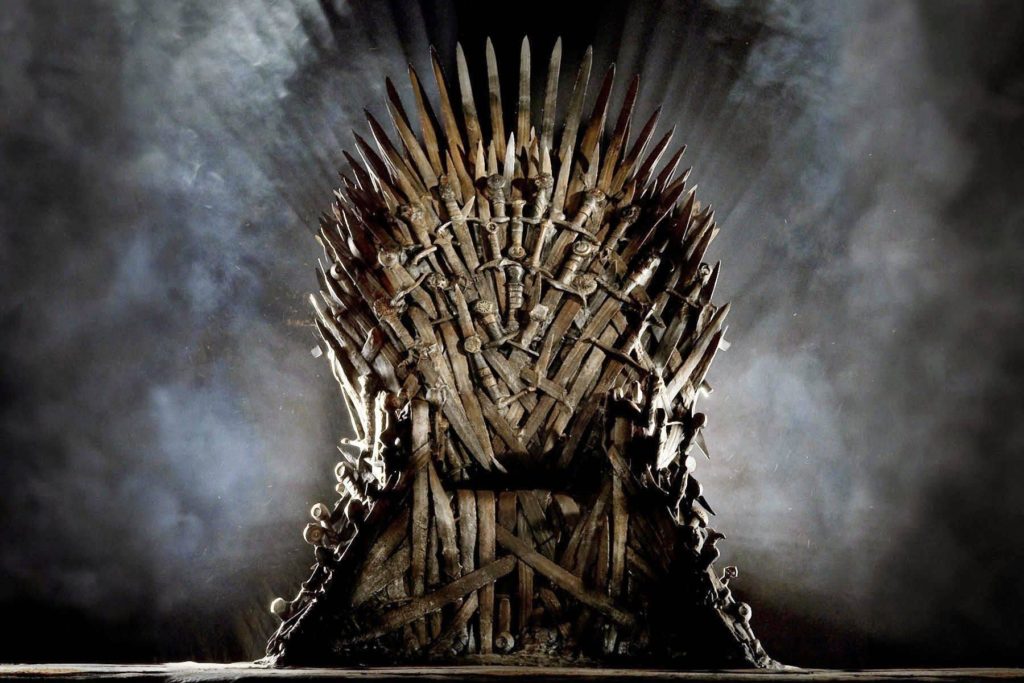 Cards on the table before we begin, I haven’t seen a single episode. I read the first book a few years before the TV series began, and the incest, infanticide, and lack of any characters with endearing qualities put me off going any further with it.

That’s just me though. And as I haven’t been living under a rock for the last decade I have a good idea of what’s going on. Both the books and the show are wildly popular, due to the combination of breath-taking battle sequences, clever characterisation, incredibly intricate plotting, and shocking moments. For seven seasons people have been entranced by numerous story threads that twisted and turned like angry snakes, all tied together with the overarching question – who would be the new ruler of Westeros? (Kind of like How I Met Your Mother but with more dragons and full frontal nudity.)

And then came season 8. This isn’t the place to discuss what went wrong in any great depth, but it’s safe to say the majority of fans were left disappointed with the denouement, which failed to answer many questions or resolve several plot threads at all.

GOT isn’t the only show to fall at the final hurdle. Lost, with its mysterious tropical island, plane crashes, dinosaurs and impossible riddles had the internet tied up in knots for years trying to work out what was going on. The ending – somewhat inevitably – failed to live up to its promise. Former Dr Who showrunner Stephen Moffat consistently wrote some of the best episodes of the series, but when it came to the grand finales they could never live up to the hype he had created. And don’t talk to me about The Matrix sequels. 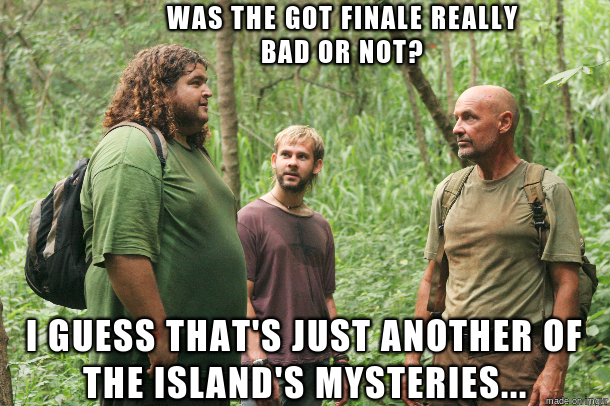 (That’s not to say it’s impossible for a brilliant series to end well, the BBC’s Life on Mars and the recent conclusion to Marvel’s Avengers series had spectacular and satisfying finales.)

Every story ever created makes an unspoken contract with the reader or the watcher – there will be an ending that lives up to the promise established as the tale unfolds. When people start following a story they invest in it with the expectation that there will be a satisfying pay-off at the end.

Much like a good magic act, the best tales throw in enough twists, turns and increasingly insurmountable problems to leave you thinking ‘I can’t see how this is going to work out’, before the writer, with flashy pyrotechnics and a suitable flourish, pulls it out of the bag, tying up all the plot threads, resolving the problems, and answering all the mysteries satisfactorily.

The ones that fail to do this leave the audience feeling cheated. No matter how good the rest of the tale has been, if the finale fails then the time, money and care they’ve given to the story has been wasted. The promise has been broken. The audience has been betrayed.

This isn’t just restricted to fictional tales. Who’s ever sat down to watch a match on Sky Sports after a week of adverts promising you it will be ‘the game of the season, a clash of the titans, two teams at the top of their game!’ only for it to turn out to be a stifling affair with no shots and no action? (And to rub salt in the wounds the pundits then have the brass neck to say afterwards ‘well, we always knew this was going to be a cagey game.’ Wait, what? You weren’t saying that earlier.)

It’s the same with brands. Their relationship with the public is akin to a story, and whether it’s in their advertising, their product description or their overarching values, every brand makes a promise to their customers. It may be that their product is the best a man can get, their bank is ‘on your side’, or perhaps they think different. The successful ones are the ones who can back it up with every interaction. The ones who fail to do this don’t last long.

So if you’re a brand make sure whatever you promise, you deliver. It may mean reigning in the superlatives. It may mean taking an honest look at the way you conduct business and making some hard decisions. Because too many broken promises mean broken trust. And when people no longer trust your brand you can guarantee that, for your business, winter is coming …